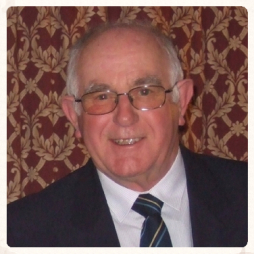 The chairman, Colin Goldsack, welcomed everyone to the meeting and         thanked them for attending.

All 10 clubs are represented, the attendance sheet is held by the secretary.

Put simply, the last two years have not existed for the Mermaid League apart from a few administration  matters. Coronavirus hit the planet in late 2019 and the consequences of Covid, its legislation and  social  distancing caused the committee to abandon the league for the next two seasons. Fortunately, most clubs were able to play a number of friendly fixtures so the game was not entirely abandoned. Sadly, during this period we lost a very long standing member of the League, Peasmarsh, who for a number of reasons were unable to continue as a club.

We also saw the resignation of our secretary, Barry Quaife, who following the sad loss of his wife, Val, earlier this year has moved to Essex to be closer to his family. I have been in touch with Barry several times and he wishes to thank all the clubs for their co-operation over his time as secretary. He sends his best wishes to everyone. My thanks go to Barry for all he has done during his time as secretary. I’d also like to thank Nigel for his work as Treasurer & webmaster and the support he has provided for the League and me.

We will start next season with a new secretary; I am delighted that Terry Rogers has put his name forward to take on the role and I look forward to working with him in the future.

I look forward to next season with a high degree of optimism, hopefully Covid is on the wane and will be controllable letting us get on with a fairly normal life. The committee is intent on reinstating the League for next season and Judith Blincow of the Mermaid Hotel has again offered he kind sponsorship. So, fingers crossed, it’s go for 2022.

No questions, accepted. Proposed by Ken Holmes, seconded by Annette Bull. (Copies of the accounts      supplied to all Clubs)

Judith Blincow of the Mermaid Inn has again offered sponsorship to league for 2022.

Amendment to Rule 8 required due to Peasmarsh leaving the league.

Any new club who may wish to apply to join the League must obtain the unanimous approval from all        the existing league clubs to secure acceptance.

‘Allblinds’ agreed to continue sponsorship and increase it to £150.00

Would all clubs please confirm their contacts for the coming season, their Captain, Secretary and                Match Secretary, emails & phone numbers required.

There was no other business and the meeting was closed at 7.52pm